Original Upholders of the Gaming Arts

Sweet, people are here. Right so, the FB post wasn't just a cheap thing to get people to show up, there's just a fair amount to discuss, and a forum is just a better medium for this kind of thing. Hence, you know, the reason to take a shot at trying to bring it back.

Facebook doesn't really provide a good spot for lengthy discussion. Several of the FB groups, like the LoL group and the Minecraft group would probably be better suited to a forum thread. FB doesn't even allow proper group chats anymore (which was most of the reason why the board died). I miss the extended online communication (particularly since online is the only type several of us can get, as of late).

1) Firstly, we would need everyone to put their names and signatures back to normal. Which goes without saying, BUT I SAID IT.

2) Like McFly suggested, streamline everything, get rid of the subforums, and put all the threads on one page, hopefully the main page. Leave one subforum in which we store away all the old 2009-11 threads in an archive.

3) See if there's a way to make the chat more prominent. No idea how much is possible, but there might be a way to have it display on every page instead of just the homepage. It might be possible to have users log in automatically instead of separately. Pings would be nice (if they're mutable). Stuff like that.

(This is mostly all stuff an admin would need to look into, therefore, I shall volunteer myself for a promotion so as not to seem like I'm trying to whine at people to get them to do the things that I want. This all is probably not an elaborate ploy to seize power and obtain the energies of the dead reservoir. I'm not sure I remember who the current admins are, probably Keist, McFly, and/or Bri?)

After the renovations are done, the key becomes whether we can get an initial burst of activity on the site, such that it becomes self sustaining again, whether we have enough things to talk about to get people to check once a day, whether people will show up in the chat during afternoon peak hours. I've been trying to brainstorm seeder topics, and assuming other people chip in, it doesn't seem that difficult in theory, as long as people are aware that it's happening. (might make a FB event page to spam invites with, as a grand reopening thing)

So there. Whether or not this succeeds, I thought it was worth taking seriously. Someone should anyway, even if it's just to make sure that there's a reason it won't work, besides a simple lack of initiative. Anyway, if you want to give it a shot, you should go back to the Facebook post I made and keep it bumped for a while so people see it.

The admins of this board are currently the five OUGA officers with voting power (me, Billy, Anna, Mark, and Nick), Kiest, and McFly. I believe POPS and Tater have mod power.

At our officer meetings, we've discussed what to do with these forums. I've cleaned up quite a bit of the crap here, in case you couldn't tell.

The facebook OUGA chat did play a part in killing this board, and now everyone seems to be used to using the facebook group page for discussion. It would be extremely difficult to change mediums at this point, since pretty much everyone has a facebook profile; they don't have to go to some other random site (like this one) to give their two cents regarding an issue.

We CAN make the chat more prominent; group-based facebook chats may be no more, but we can still make chats with large amounts of people. The only drawback is no matter what you do, you can't escape the message notifications at the top-left of the screen, which turns some people off. I'm all for making threads for more lengthy discussion here, but it will be very hard to make people come here regularly, especially newer or less active members.

Anyway, you seem to have some good ideas and actual motivation, so I'll promote you to admin so you can play around with the boards and hopefully pave the way to make them less inactive.

Half asleep, so sorry I won't be making an intelligent response.

I think this is a great idea. You're right; facebook doesn't allow for good discussions. Posts are knocked down too quickly leaving things often missed. The chat on every page would be nice, and those mutable pings would be too. (I remember those two problems being things of annoyance while we used to use this site.) Here's the the 2013 relaunch.

I kinda popped out of nowhere with all this business, sorry. Didn't realize the official group people were already considering what to do. I almost forgot that the official club was a thing. But okay, powers received. poking around the options menus and manuals now without touching anything just yet.

I also don't think that the board will be able to replace things that people are currently using the FB group for. That's already convenient. But there doesn't seem to be that much overlap in material. Event scheduling will stay with FB. Probably most of the "For the lulz"/"Creepy Crap" type posts, people would rather put them on FB. But a lot of the other stuff was never replaced, including almost all of the game discussion type threads.

Yeah, I really have no idea if it will work. Forums are snowbally. If there's something to read every day, people will check every day, so it all looks deceptively simple. I'm not usually the person to be starting conversations, but I might be able to manage.

I like having subforums. Having everything on 1 page is pretty much the same thing as facebook. Subforums for big things like Lol and Minecraft would be necessary. We just need to not go ovrboard with it.

Robot Unicorn wrote:I like having subforums. Having everything on 1 page is pretty much the same thing as facebook. Subforums for big things like Lol and Minecraft would be necessary. We just need to not go ovrboard with it.

Are there really enough individual topics to discuss in LoL or Minecraft to warrant an entire subforum? This might be better suited to a master thread for all discussion or at most two, if you would want a thread for discussion and a discussion for planning online games. I'd recommend starting without subforums and spin off a topic into a subforum if there's a disproportionate amount of new threads on it. The main goal is to make it easier to navigate. the current design requires way to much clicking around to read anything and that's just bad user interface. If all the topics are laid out on the front page, I'll be hooked.

I never understood how Facebook determines how to sort posts on a group page. The forum method is much more straightforward and user driven.

edit - Hunky already started the master thread idea when I wasn't looking. The archive is a good idea, but it would be a good idea to make it impossible to post there. It would get messy if old discussions started to revive in the graveyard of the old forum. And if it could appear at the bottom of the page instead of above all the current topics, that'd be just dandy. 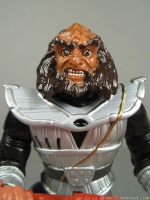 McFly wrote:I never understood how Facebook determines how to sort posts on a group page. The forum method is much more straightforward and user driven.

Pretty much the same as forums. Newer stuff is posted at the top while older stuff is pushed down. Posting in an old thread brings it back to the top. But facebook can be dumb sometimes and just does whatever it wants.

I think we should leave admin to webmaster (Hunky) and one or two other people like T-8 and Pops.

McFly, I locked all the archived forums. No one should be able to post there but admins. Anyone can post in the master archive forum, though.


But as for subforums, one can always create them as topics become popular enough and move all existing topics to that new sub forum.
The chat is extremely limited unfortunately. If we want something better, we'll have to use a different forum creator.